A film by Bruno Carette and Sien Meta (1H35) / Documentary

KRA Blog VA envoyé par khmers_rouges_amers. - Trailer
Since the end of year 2007, Nuon Chea, Ieng Sary and Khieu Thirit, Khieu Samphan are in jail, waiting for their trial. They have been charged for Crimes of War and Crimes against Humanity. But at this point, only Duch, the former commander of prison S21, has been accountable for his crimes. 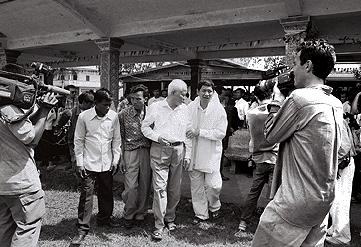 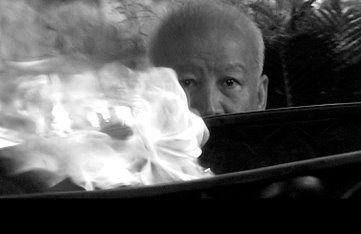 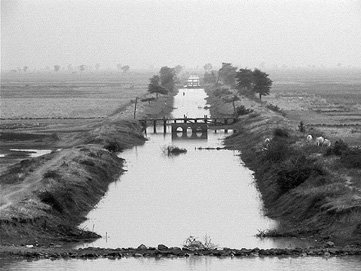 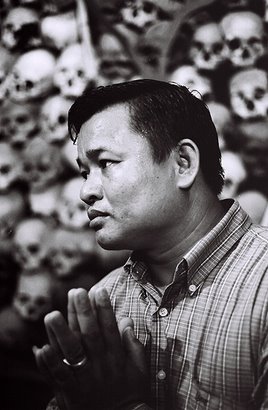 Tribute to the victims of S21

Informations about the film

Thirty years of conflict and the biggest genocide of the 20th century after the Shoah. In the 60s, Cambodia –independent since 1953- got caught up in the Cold War while trying to maintain its neutrality. How the Vietnam War, the Khmer Rouges and the great international powers all contributed to the Kingdom’s descent from paradise to hell.

Cambodia : Let bygones be bygones.
( 36’) ( “Zone Interdite” – M6 – 1999 - Selected for Fipa 99 – Figra 2000)
Twenty-five years ago, Ronnie witnessed his family’s massacre at the hand of the Khmer Rouges. The return to the political scene of Khieu Samphan and Nuon Chea –two of the main Khmer Rouge leaders from 1975 to 1979- is to him unacceptable... Even if Prime Minister Hun Sen wishes to promote national reconciliation, Ronnie believes there can be no peace without justice... The Khmer Rouge leaders are accountable for the deaths of over one million Cambodians. Will they ever be brought to justice?

Docteur Charles
( 52’) ( France 5 – 1997) With Christophe Hondelatte
Charles works for Médecins du Monde in Koh-Kong, Cambodia. Local populations are cut off by the sea and lack all necessities. To come to their assistance, he has built a boat that can transport medicines and vaccines as well as evacuate war and mine casualties.
Through his work, we discover an impoverished country facing an uncertain future.

The political, military and social situation in Cambodia in 1993, at the time of UNTAC’s withdrawal. (United Nation Transitory Authority in Cambodia). The first Khmer Rouge are rallying to the royal troops, King Sihanouk is reinstated, the Constitution is drafted, but...